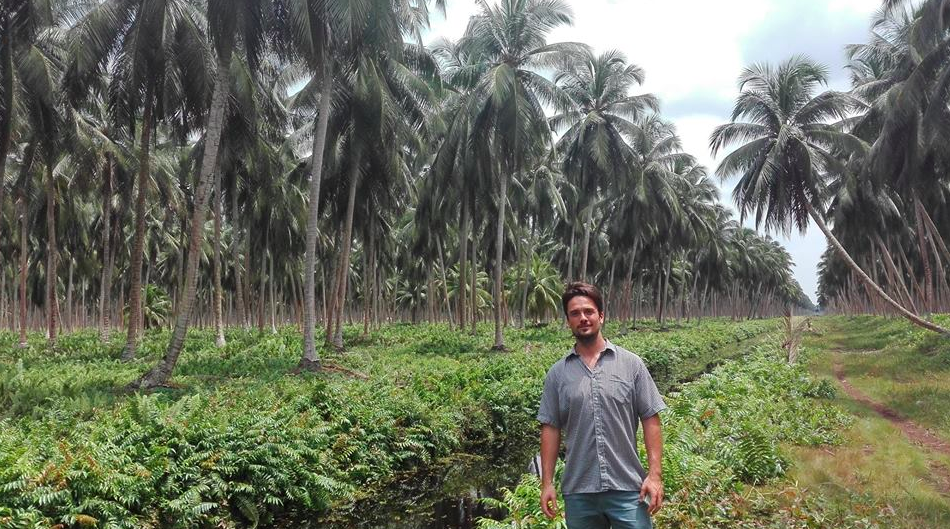 Seb (aka Mr Coconut) has just returned from meeting with our coconut growers over in Indonesia – it was an exciting journey on a small, 12-seater plane then a boat ride through crocodile-filled waters to reach the beautiful land of coconut trees. 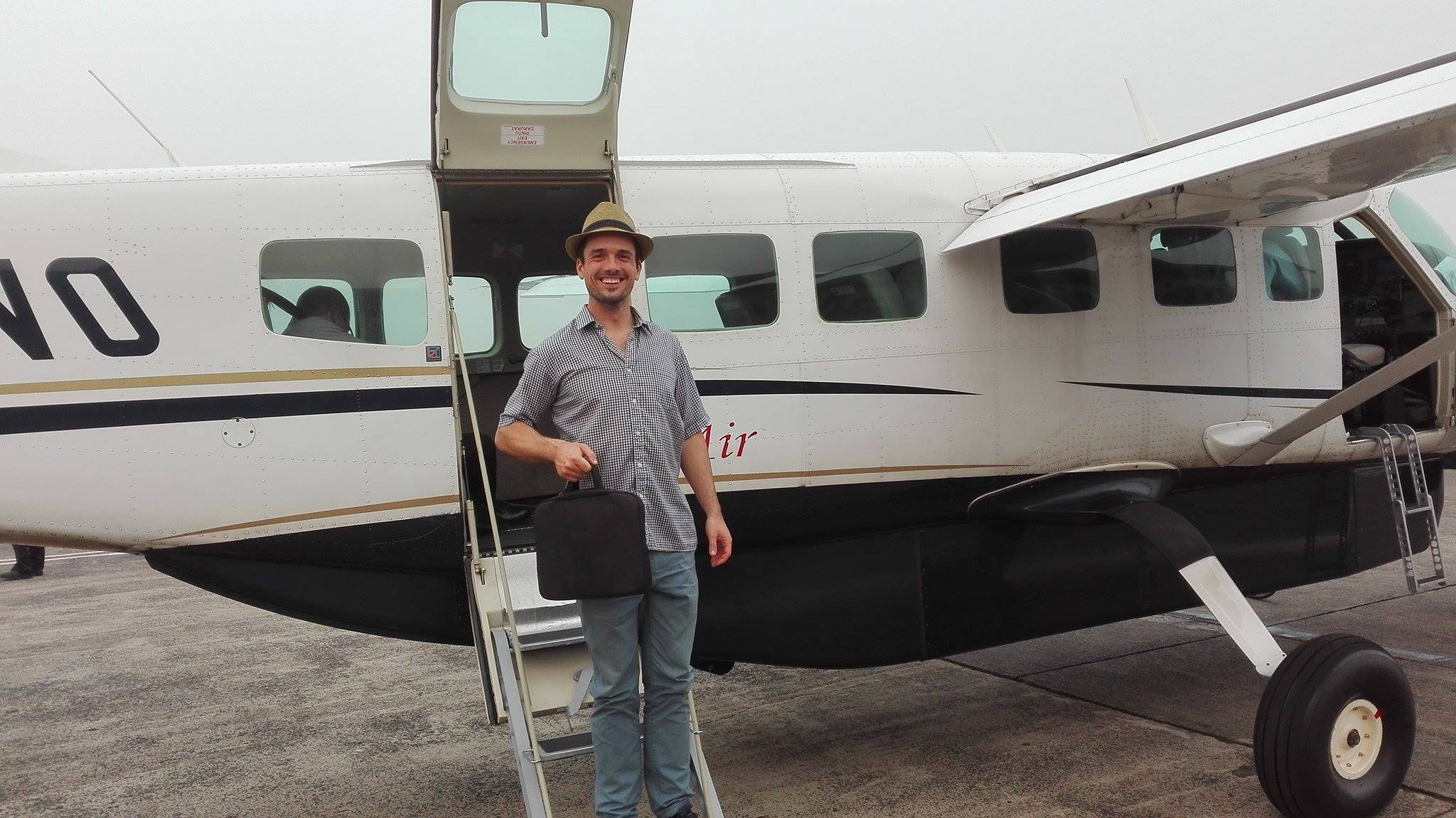 Locals from all around the area bring their coconuts to be weighed and purchased, they literally grow EVERYWHERE, and don’t require any fertilisers or sprays so are 100% organic. 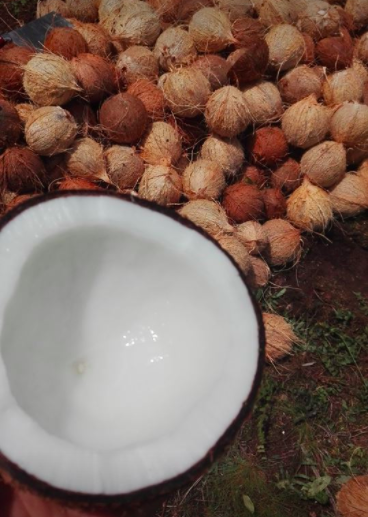 He was also pleased to learn that they have an equal gender hiring policy at the processing factory, which has a split of 50% male and female workers.

They take good care of their team, covering all their medical expenses and subsidising their grocery bills. He was amazed by how smiley and friendly everyone was! They all thought it was hilarious that his nickname was ‘Mr Coconut’ and wanted t-shirts like his.

They’re very skilled at getting the coconuts down, and use a long bamboo pole with a knife on the end. 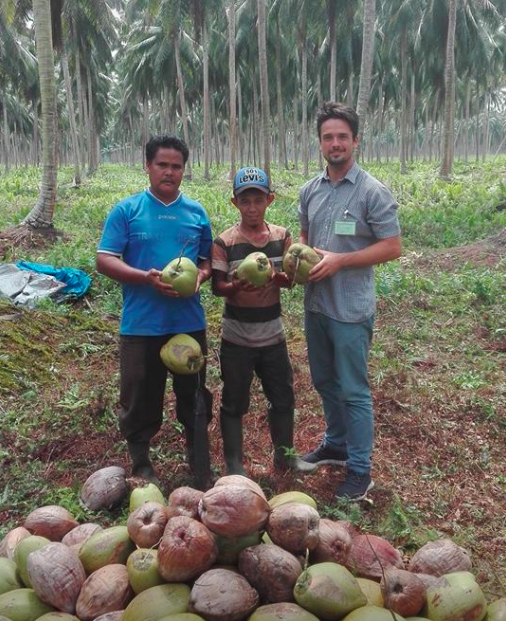 They use coconuts for everything, the husks are turned into fuel for fires, the houses are built with coconut fronds and fibres, they drink the young coconut water every day and use the inside flesh for cream, or dried out into chips. Coconut is literally a zero-waste product. 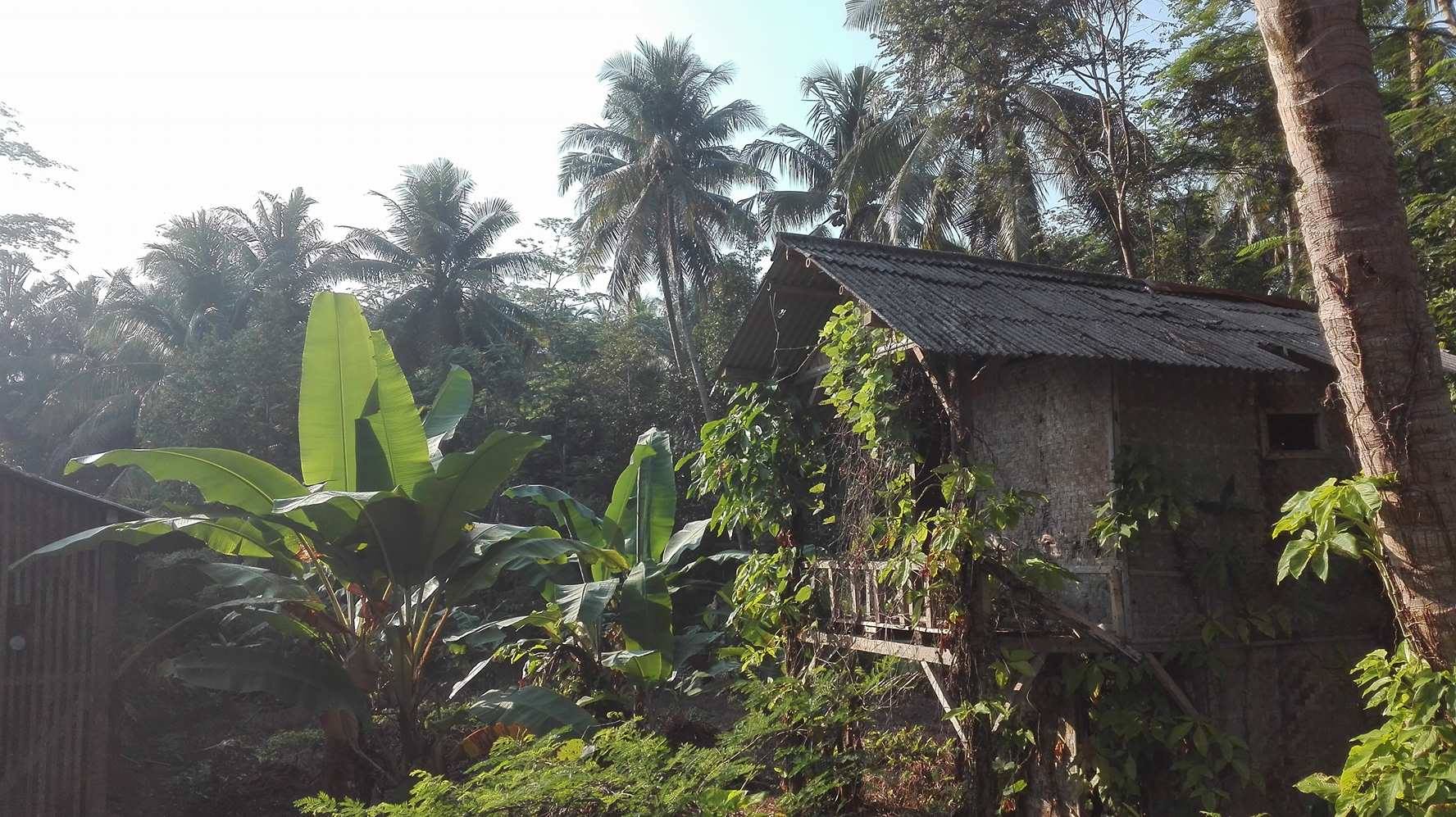 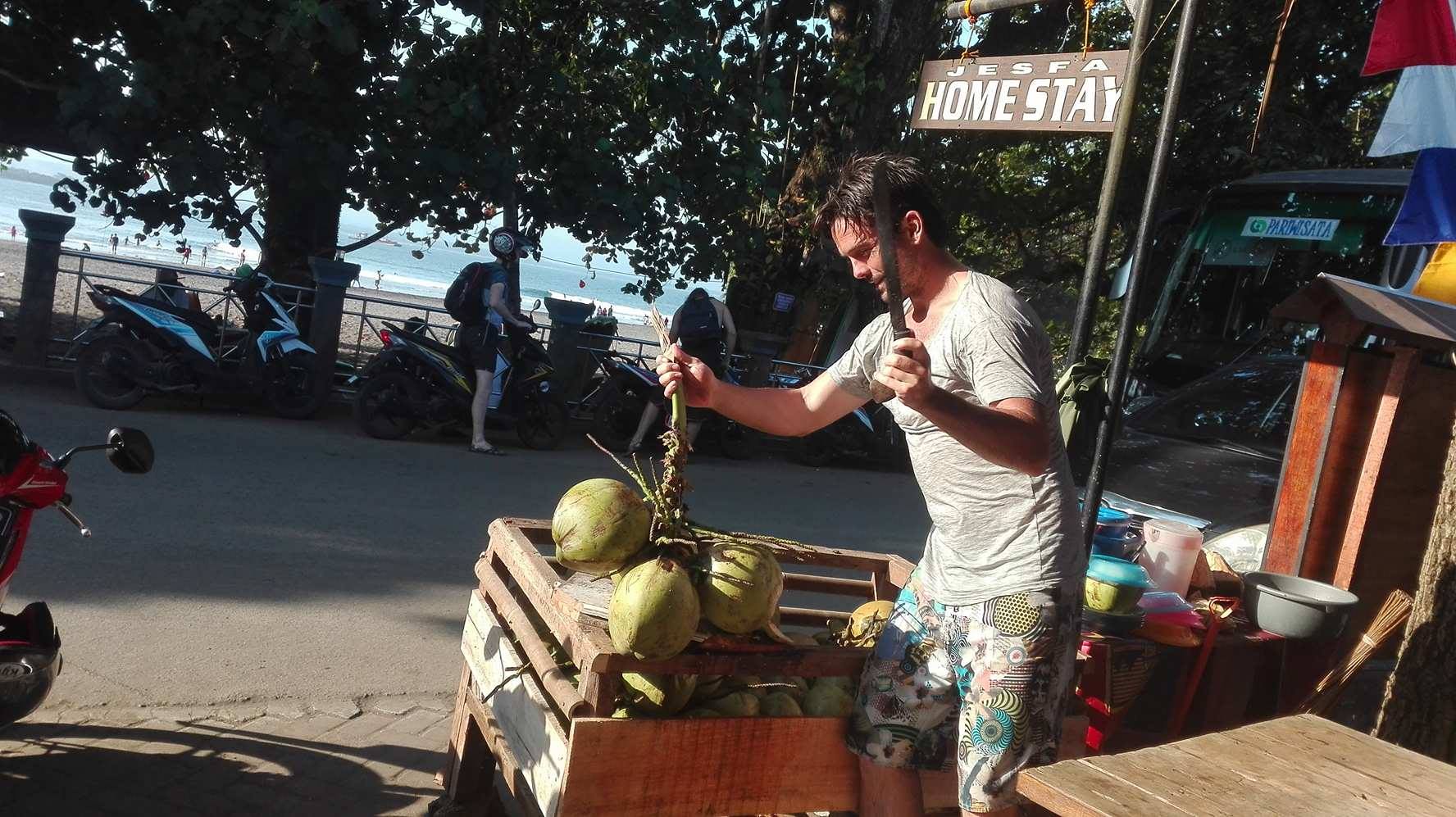 They told us that with our current yoghurt production per year, we’re supporting approx 32,000 coconut trees. It’s so nice to have a business that’s based on keeping trees alive, not cutting them down.

These trees capture over 10,000 tonnes of CO2 every year. The coconut cream is shipped over by boat to us here in NZ, and we offset all the carbon from the seafreight via our Carbon Zero Certification. To give you an idea of how much more environmentally friendly than a standard dairy-based yoghurt that is, to produce the same amount of yoghurt using local cow’s milk would make us over 4,000 tonnes of CO2 negative per year, based on how much carbon it takes for a cow to produce each litre of milk – (5 – 7.5kg CO2 per litre). 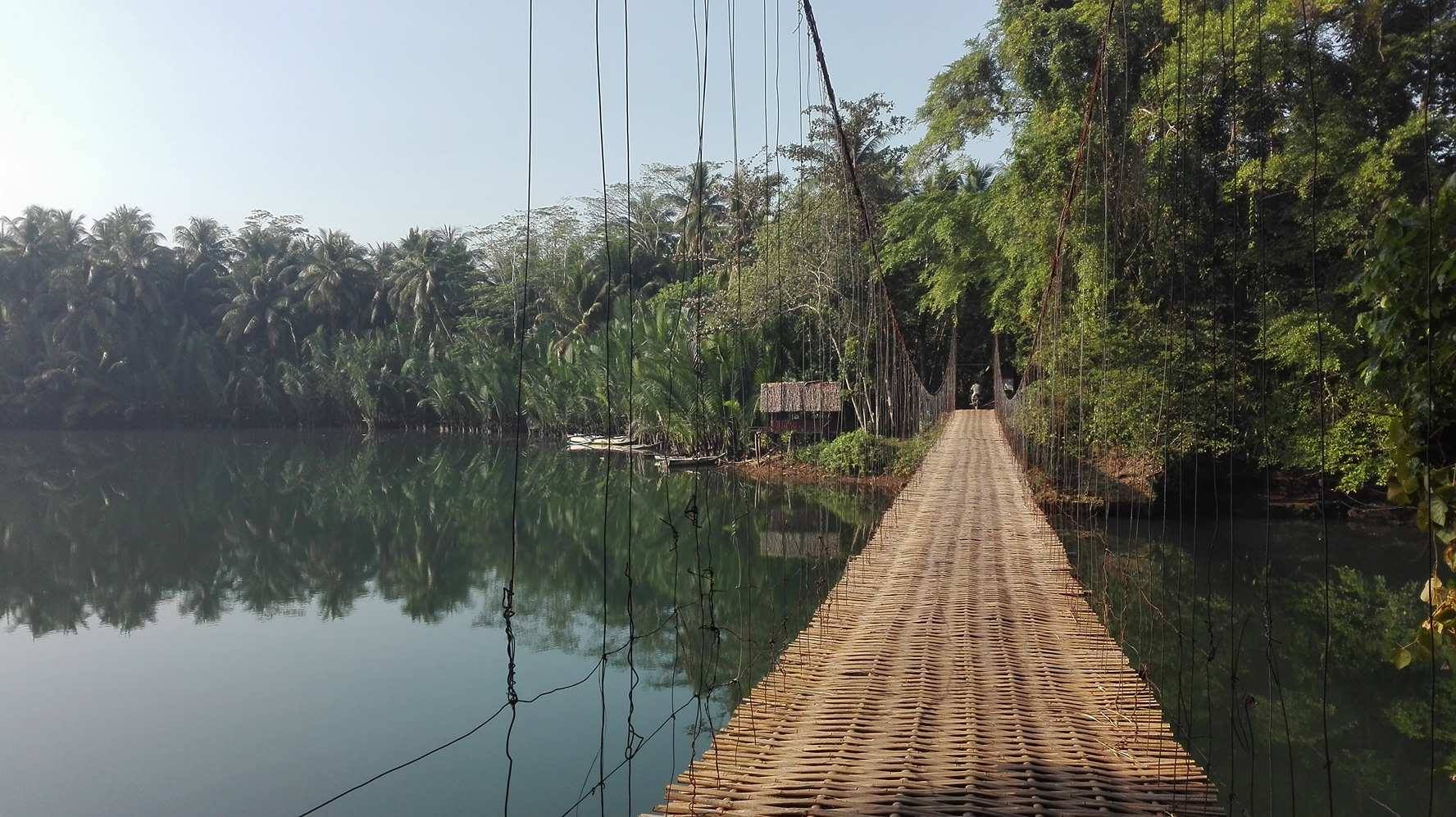 Coconut trees take up to 9 years to mature before they start producing coconuts, but they can live over 100 years. Seb can’t wait to go back and visit again! It sounds like such an incredibly gorgeous, friendly place. Our respect for the coconut is always growing, it really is the ‘tree of life’ as the locals say.