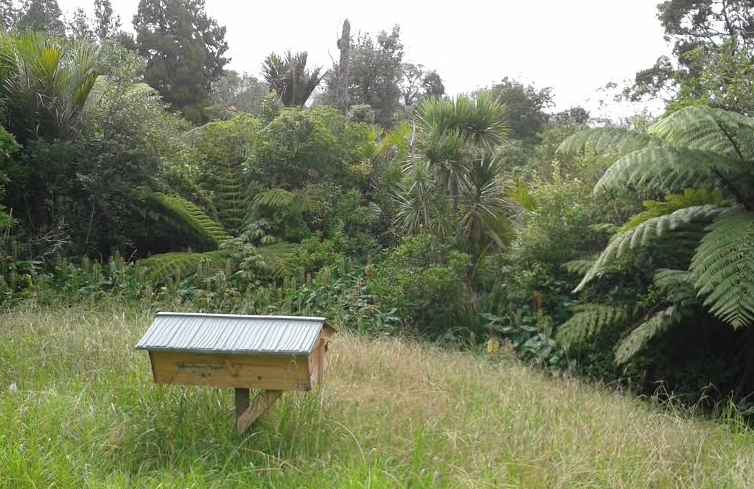 When Tom’s application for a hive came through, we were instantly impressed with his enthusiasm for bees, and also the amazing location that Tom, his wife and new baby have chosen to create a wee paradise.

On acres of bush in Oratia they’re building a strawbale house (there’s an interesting article about their project on Green Ideas), permaculture gardens, a food forest, composting toilets and apparently have a nice little tribe of chickens roaming around! Their goal is to live as off-grid and in touch with nature as possible, so having a bee hive seemed like a natural next step for this adventurous Kiwi family.

6 months after their hive delivery, we checked in with Tom to hear how they’re getting on …

“We had a swarm delivered from a nearby bee-catching man in late December. Since then the bee’s must have tripled or quadrupled in number. They seem to really be thriving there. I think it helps that we never mow our grass and that there’s wild food for them everywhere.

I took a 3cm by 3cm piece of comb in late January just to taste what the honey was like (it was delicious!) and I’m leaving the rest for them so they can stay strong during winter. I have noticed quite a few wasps hanging around the hive, but the bee’s seem pretty capable of defending themselves against them. I’ve inspected the hive a few times now after getting my bee suit and buying a good book on beekeeping in NZ, the hive seems to be really healthy from the looks of things. So I would say it has been a big success so far! No stings yet either. :)” 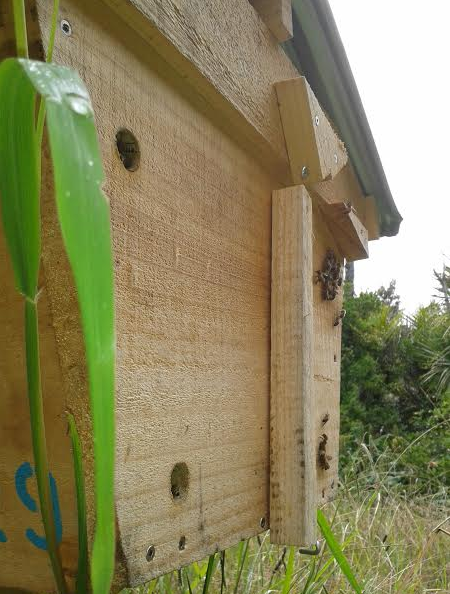 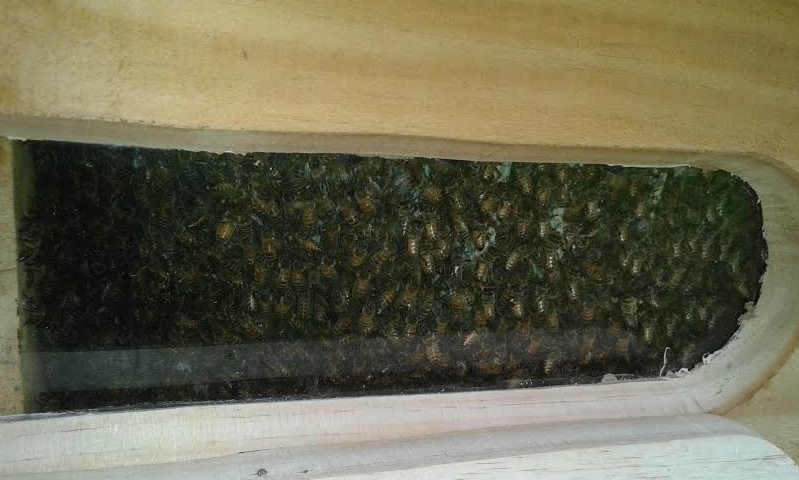 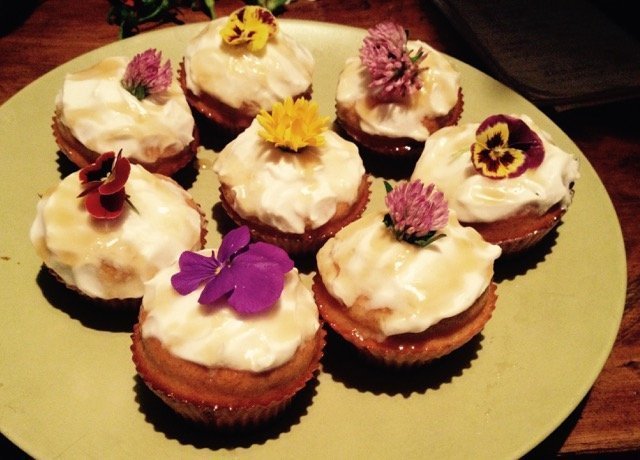 Thanks to the bees, easy, sweet honey flavoured cupcakes, perfect for afternoon tea. Decorated with edible flowers that the bees enjoy too!